Annaluigia Meroni, an engineer from another time

After studying in shelters during World War II, she forged a career at one of Milan’s longest-established patent offices, before moving on to Siemens and Pirelli, working between Italy, Spain and the United States

Alumna Annaluigia Meroni, aged 96, was born in 1925 and graduated with a degree in Civil Engineering in 1953. The story of her life passes through World War II, her coveted diploma and her degree from the Poli, which she attended immediately after the war. Then came her profession as an engineer, working at patent offices, Siemens and Pirelli, in Italy and the United States, as well as her involvement in the first women’s organisations, oil wells and splitting the atom.

A career in a predominantly male-dominated world, in which the question “should I address you as ‘engineer’ or ‘madam’?” is - in our alumna’s eyes - nothing more than a “ridiculous detail, a relic of the past”, like water off a duck’s back, and in which there is no lack of enterprising. professional women in technology.

We asked her to tell us her story, now that things have changed so much, but there is still a long way to go if we are to achieve true inclusivity in society.

due to the growing pressure of the countless attacks and bombings, I left Milan to seek shelter in a small village at the source of the River Livenza. I never knew what I was going to do the next day: we took every day as it came. In the schools, the only information available was about the politics in vogue at the time - propaganda about how the war was going, but with the spin they wanted to put on it.

I was quite sure that painting and the sciences were my favourite subjects, and I wanted to complete my studies at the scientific secondary school, at least. So I acquired and brought with me all the books that I would need to do it privately.

I was also lucky enough to meet and spend time with an old Anglo-American lady who had sought refuge along with me to escape the racial laws, allowing me to perfect my English, so much so that it became almost a second language to me.

However, time seemed to stand still, and it was unclear whether or not everything that was happening could ever come to an end. In 1943, the Germans took over the whole of northern Italy. For us young people, this wasn’t living - it was just waiting. And for what? We were isolated: the boys were mostly in the military, or in the mountains. Still no information aside from Radio London - we would huddle around the set every evening, in the room farthest down the mountain and farthest from the road so as not to be discovered by the German patrols.

It was in this environment that in 1944, the time finally came for my long-awaited final school exam, which I passed. As if waking from a lifelong slumber, it was then that I realised that there was life and events beyond that exam, and that I would have to make decisions for my future. My father, a skilled builder, often had to call upon engineers for advice for his work. That was a source of inspiration for me, and as I have always been a fairly hands-on person, I opted to study Civil Engineering, specifically the Construction option. My dad, who had stayed in Milan, enrolled my in the Poli, but of course I couldn’t actually attend until I returned, once the war was over.

Unfortunately, when the war ended I lost my father, and I was faced with the dilemma of whether to give up or continue with my engineering studies. As I’m a fairly tenacious person, I decided to look for work and continue my studies, knowing full well that this would mean it would take a lot longer. A cousin of mine who was an officer in the American army, aware of my level of English, offered me a job organising travel for Americans staying at the Hotel du Nord.

Unfortunately, the schedule meant that I couldn’t get to my Mathematical Analysis lecture in time - which I think started at 2 o’clock - but I didn’t want to miss it. However, other students seemed to arrive late and quietly slip into the room, so I prepared to do the same. That was when I suffered my first trial of discrimination: when I came in, the boys sitting in the amphitheatre made a huge noise, disturbing the professor, who threw me out after it happened on a few occasions. As a result, I left that job so that I could come to the class, but I found work elsewhere as a translator, especially for Agip Mineraria and Eni. After years of sacrifice and compromises, work and study, I finally graduated in 1953.

I immediately found a job in the Automotive Construction department under Prof. Fessia (the inventor of the Fiat 500 car) but, as I still dreamt of being a civil engineer, I requested to work gratis et amore Dei at the firm owned by the engineer Cesa Bianchi (who designed Milan’s first skyscraper), and my application was accepted.

I was assigned to work with a senior engineer on the calculation of a staircase for a building under construction at Via Circo 6, Milan. I found the work fairly boring and not at all in line with my wishes, and as such I enthusiastically accepted an offer from the Racheli & Bossi Patent Office. The two owners, Adele Racheli and Rosita Bossi, were two engineers, also alumnae of the Politecnico: Racheli graduated with a degree in Mechanical Engineering in 1920 and Bossi in Electrotechnics in 1924 (these two were joined by a third engineer, Ms. Lazzeri, who had worked as a cook in Switzerland during the war to escape racial persecution).

I immediately took to the job as a patent agent, as I was in close contact with countless innovations, and the languages I spoke at the time - French and English - proved useful, whilst I also started learning German. It was here that I was invited to the US by the Department of Labor Women’s Bureau for a period of training and coaching in which I worked on women’s organisations, oil recovery wells and splitting the atom.

As soon as I returned to Italy, I felt the need to improve my financial situation, so I accepted an offer from Siemens to take care of their library and the patents of one of their directors - which were extended worldwide and related to the fission of Samarium 144 - as well as, in the meantime, to start setting up a patent office: something the company did not yet have. I was also allowed to continue running my business as a consultant in the field of Patents, Models and Trademarks at the Court of Milan, which I had already been doing for a few years.

The work was incredibly interesting and dynamic, and allowed me to travel a great deal. My relationship with the colleagues on my level was excellent. Further up the ladder, let’s say, people were not yet ready for women to be engineers. The top management had consulted to ensure that I was referred to as ‘miss’ rather than ‘engineer’, and I remember that one of the many directors that came and went over the years, in response to my request for a pay rise, made no bones about telling me that he would have given it to me if I were a man.

I left Siemens in June of ‘64 to follow my husband to Spain, where I added another language to my repertoire. When I returned to Italy in 1967, I accepted Pirelli’s offer to take over the Cables section of their Patent Office.

At Pirelli, too, I was simply referred to as ‘madam’, as decided in a meeting between the managers held before I even arrived, whilst for the Mechanical section (I believe), they had hired another female engineer who was five years older than me. However, a chemist in charge of the Rubber section was referred to as ‘Doctor’ - an obvious inconsistency, given that engineers also hold the title of ‘Doctor’, as in ‘Dr. Engineer so-and-so’.

Apart from this ridiculous detail, this relic of the past, the work at Pirelli was interesting, especially given that fibre optics were being invented at that time. My relationship with my colleagues/clients (as they are best described) from the Patent Office was excellent, so much so that the company insisted that I stay on board until I was 60, well beyond retirement age, which was 55 for women at the time. I left Pirelli in 1985 with the hope of devoting myself - at least for a little while - to one of the great loves of my youth: painting.

In the book “ALUMNAE, Engineer and Technologies” we have collected the stories of 67 engineers in our community. The target? Telling a set of positive examples for the “STEM” girls of today and tomorrow. This book is one of the many initiatives created by Alumni Politecnico di Milano. If you like our activities, you can donate to support them .

.
OTHER ARTICLES FROM THE SECTIONAlumni Community

5 Alumnae of Politecnico di Milano among the "inspiring FIfty" of Italy
Women at the top of the technology world in Italy, from AI to Fintech, chosen to inspire young professionals around Europe
10/09/2021 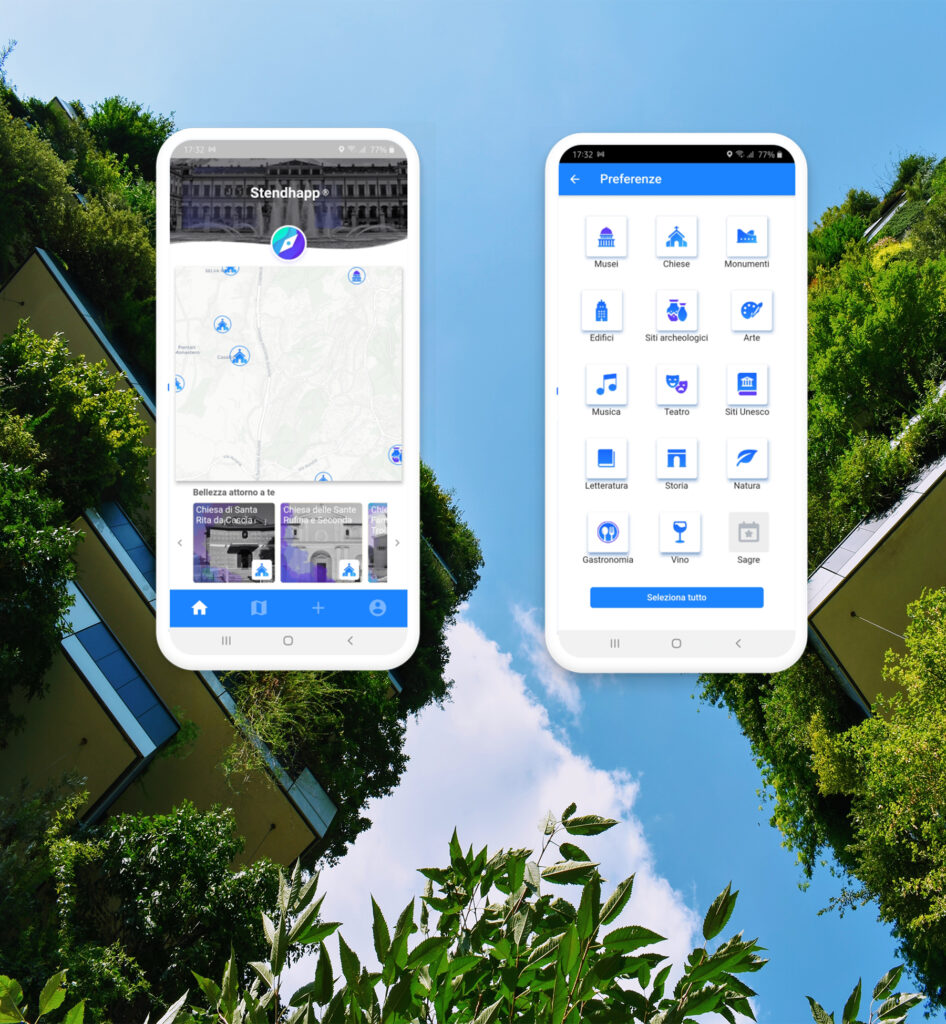 Stendhapp: two Alumnae of Politecnico for local tourism
An architect and an engineer have built an app to jump start again italian culture in a post-pandemic world
02/09/2021 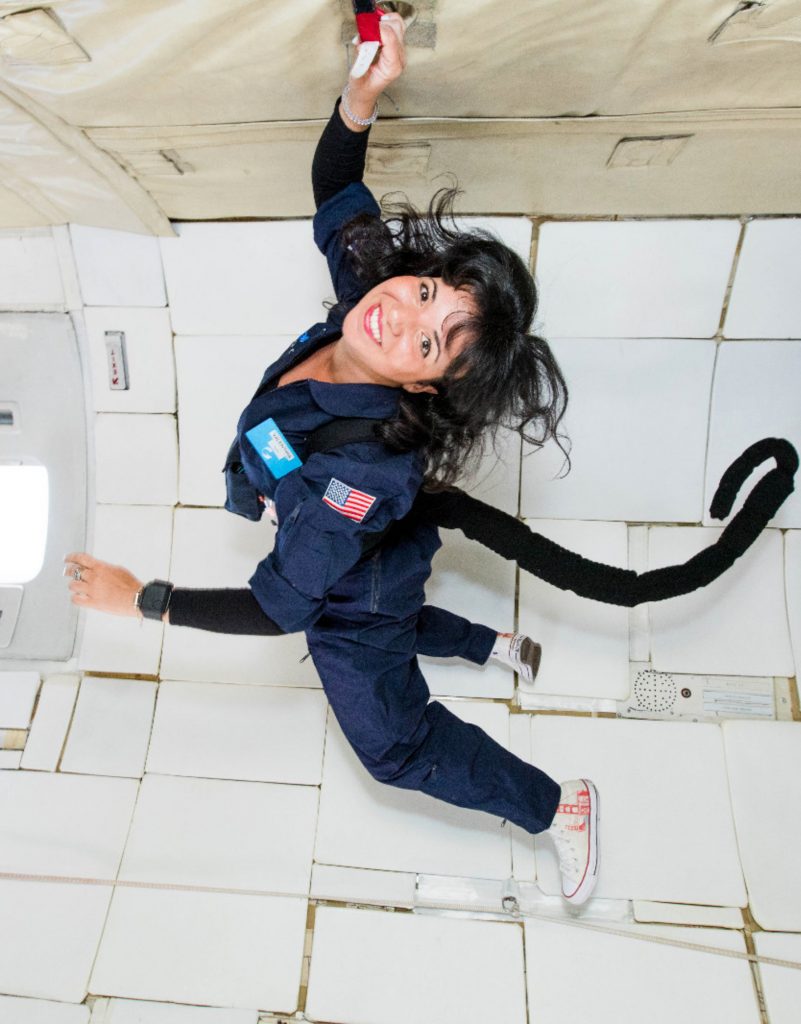 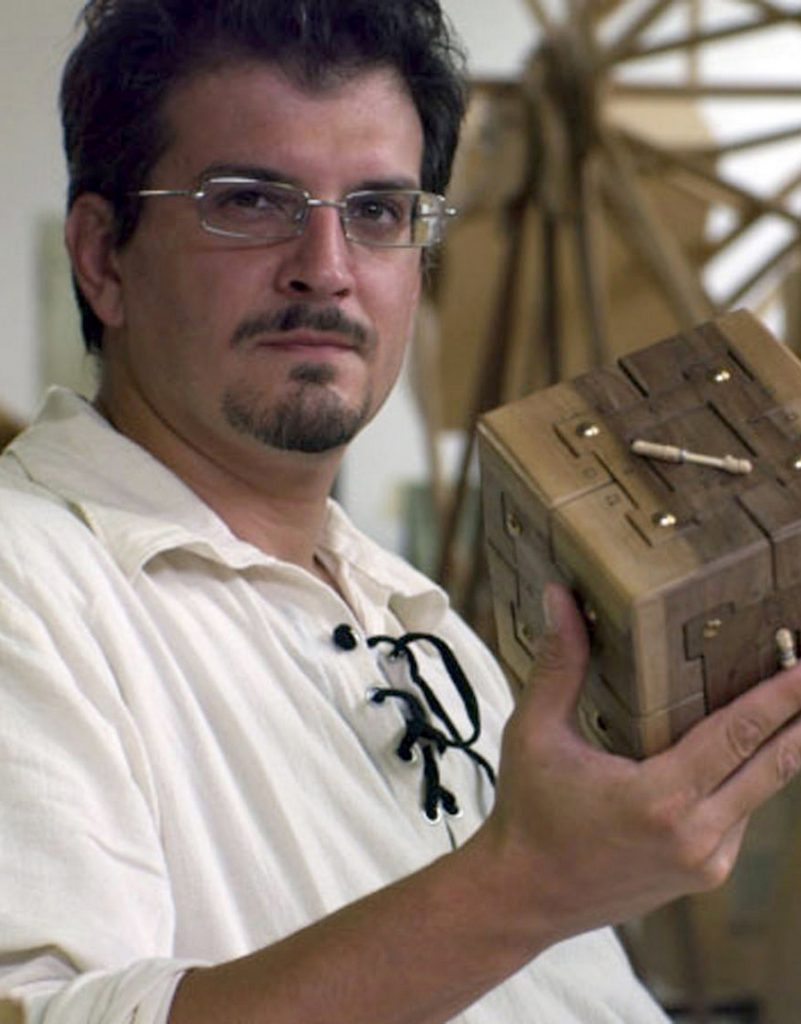 Professions of the future: virtual architects and set designers as seen by Mario Taddei
The Alumnus, Politecnico designer, virtual reality pioneer, historian and artist, tells us about them.
30/07/2021 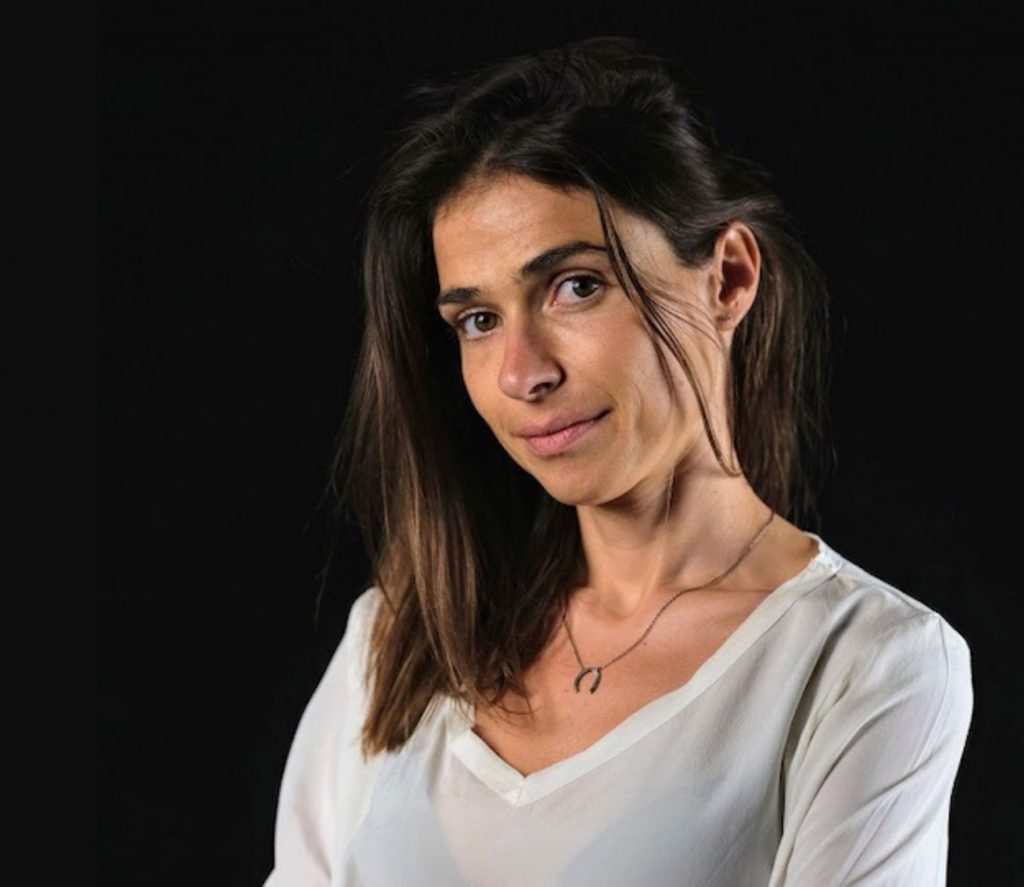 Regina De Albertis, Alumna, is the first woman at the helm of Assimpredil Ance
"I accepted this challenge to work together to shape our future, taking pride in being builders and being at the center of the economic recovery"
19/07/2021

Cini Boeri: the Alumna in 2021 would have celebrated the 70th anniversary of her graduation
Her passion for architecture, her relationship with Gio’ Ponti, her struggle during the resistance, and a life spent ‘designing joy’ … We remember her with an interview from 2015
16/07/2021 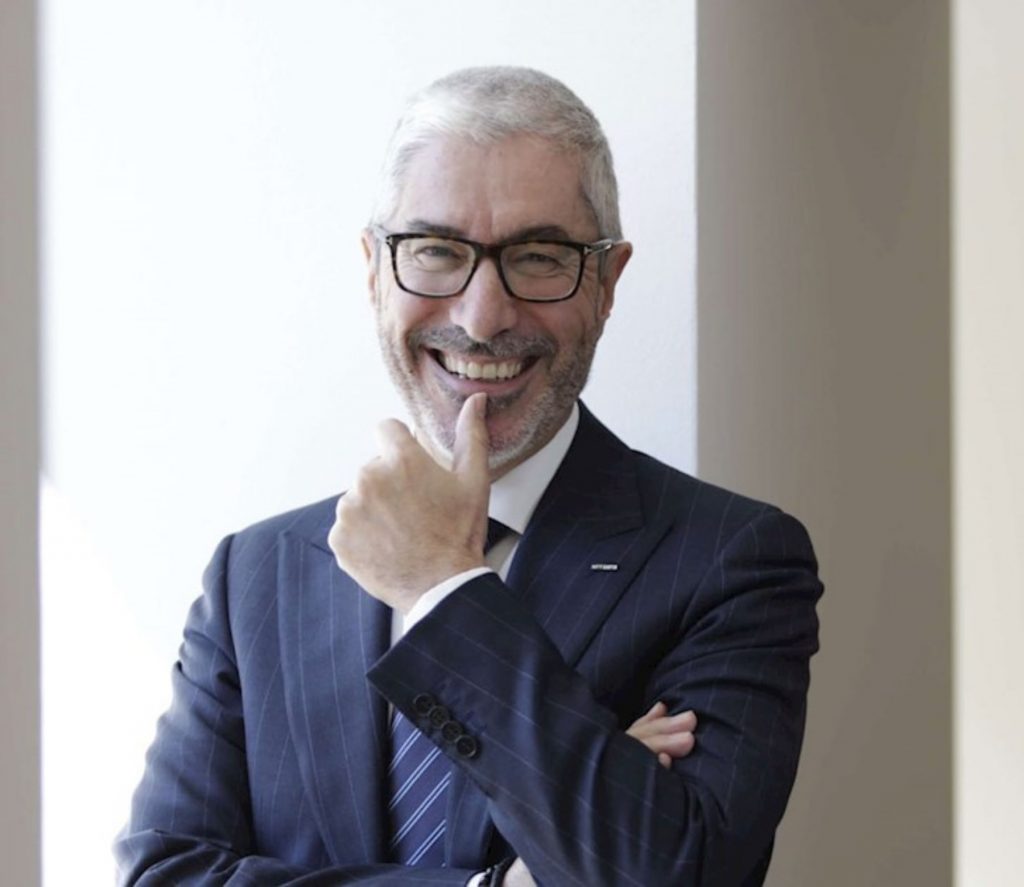 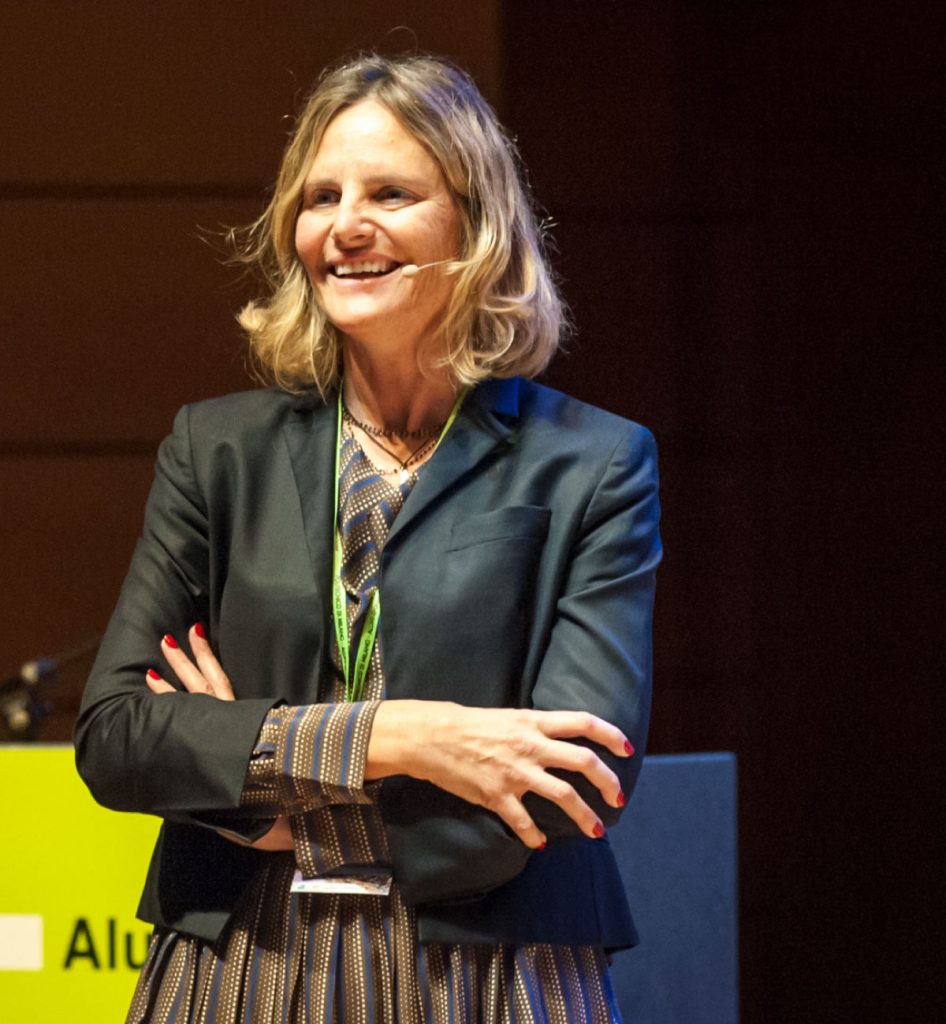 Alumna Elena Bottinelli wins the Belisario Award in the Management category
Women at the center of the Post-Covid reinassance: that is the message of the 33rd edition of the Marisa Bellisario Award "Women making a difference"
24/06/2021
SPOTLIGHT

Politecnico on the podium among universities: among the best masters in the world
QS Business Masters Ranking places the MIP School of Management training offer at the top of the ranking
17/09/2021
From the Rector's Office

The "Supersalone" del Mobile is back, curated by Alumnus Stefano Boeri
The Architect illustrates to Corriere della Sera the first Milan trade fair event in a post-pandemic world: it wil bee accessible to everyone, digital and green
07/09/2021
Politecnico, Milan, Italy