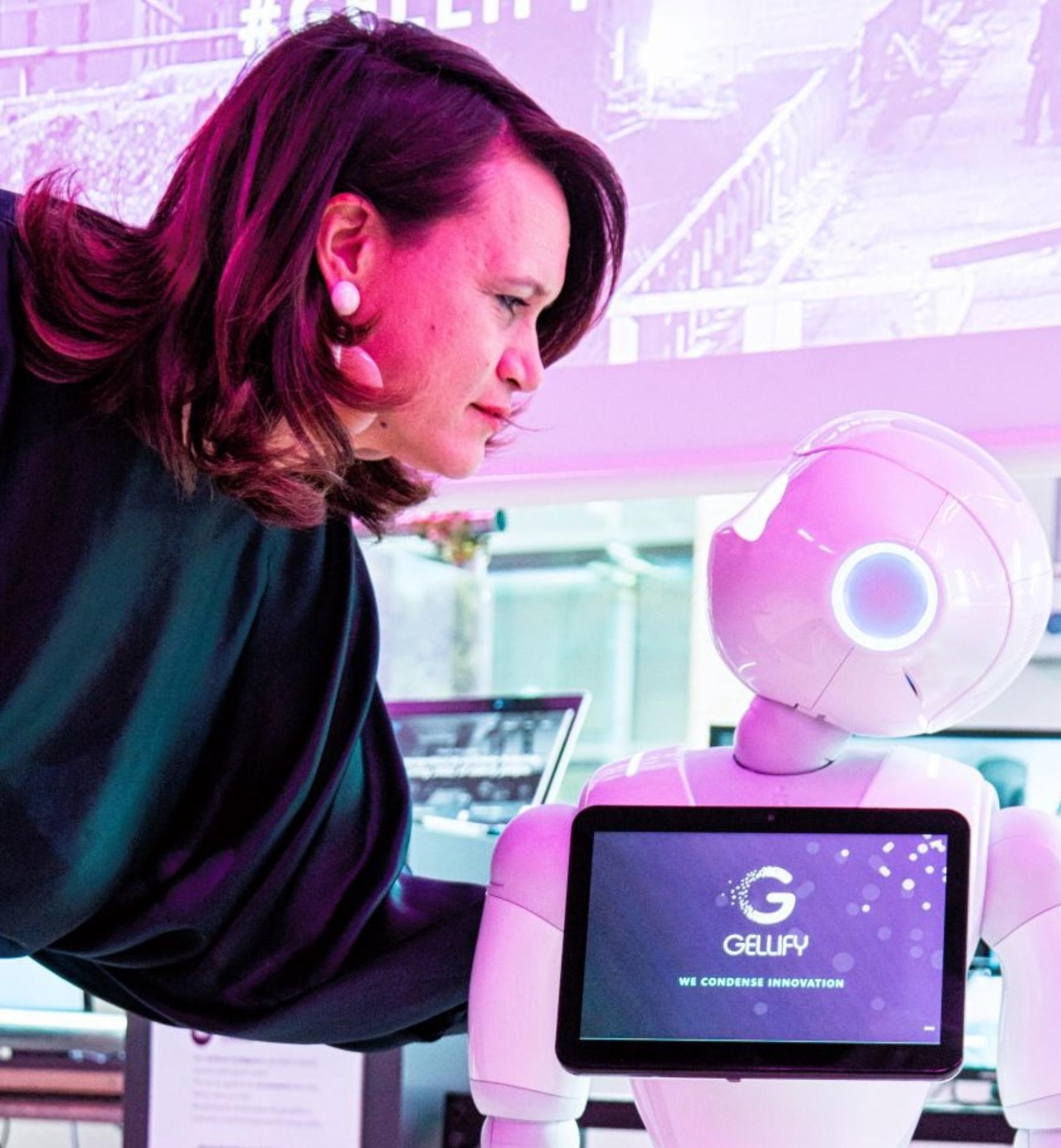 Engineering and emotions: they are seemingly two worlds that cannot meet, but not for Lucia Chierchia. Interviewed by Il Sole24oreChierchia - Alumna in mechanical engineering in 1999 - describes the passion that drove her to pursue the engineering career that has accompanied her since she was a child:

She had also talked about it with us, in the book ALUMNAE – Ingegnere e Tecnologie:

““The passion, the enthusiasm, the intuition that “that is the way for us” is something that comes from our history. In high school I did classical studies, already knowing, however, that I would study engineering: it was my dream since I was a child. That's why my mother called me Grisù like the friendly little dragon [protagonist of a 1970s Italian animated cartoon] who dreamed of being a firefighter, because I kept repeating: «When I grow up, I'll be an engineer!» ”.

After graduating from the Politec nico di Milano, the Alumna started working in the aerospace sector, and then held managerial roles in Whirpool and Electrolux. Today she is a market ambassador & open innovation ecosystems lead in Gellify, the B2B innovation platform that invests directly in startups and scaleups, accompanying them in entering the market. The goal is to put them in contact with companies with the will to innovate, which help them validate their technological solution, implementing it in mature industrial contexts.

For Chierchia in particular digital innovation requires creativity, a characteristic that is often "very strong in female profiles". In fact, companies are increasingly looking for women who “are prone to empathy and interpersonal skills that allow them to move even in constantly evolving contexts, as well as to learn quickly”.

However, it is here in the workplace (and especially in Italy) that women often struggle to make a career in the STEM environment: "there are still too few". This is a reality that unfortunately also exists in young working environments like startups, the Alumna underlined in the interview, where backwardness is also found in young executives.

It is fundamental, she argues, to ensure that change also moves through the men. It is they who, together with the women who are already implementing change, must not be silent on the subject. “The problem is not only with young women but also men: if it becomes a challenge only for the women we will never make it. In some contexts I have seen colleagues who took a stand, that's what makes the difference, not keeping quiet. I've never been silent, everyone should do it".

But how do we encourage girls to follow their STEM inclinations?

The numbers in fact speak for themselves: girls who choose STEM courses at university represent only 18% of the total, while at the Politecnico di Milano this rises to 23.6% for three-year degrees and 27.3% for master's degrees (source: Gender balance 2021).

Even today, unfortunately, technical professions such as engineering are considered a "natural habitat" for men and an achievement for women - as the Vice Rector Sciuto also states in the book Alumnae - Ingegnere e Tecnologie -. Often, embarking on an engineering career requires girls to be extra motivated due to assumed prejudices and models imposed by a conformist society.

The university support system is, in this context, fundamental: for this reason the Politecnico di Milano has created the Girls@Polimi scholarships, which, for the entire three-year course, will support girls who choose to study Engineering at the Politecnico di Milano, attending courses with a low female presence (Aerospace, Automation, Electrical, Electronic, IT, Mechanical and Industrial Production Engineering).

Women who study STEM subjects and create startups are, in fact, still forced to answer questions on how to reconcile family and career, the Alumna continued in the interview. The problem, therefore, also exists for those professionals who decide to invest in their ideas by creating a new business. Chierchia’s examples are concrete: for her there are 2 reasons behind the still difficult presence of women in this world:: "The first obstacle is the STEM environment, the second is the chauvinism of the investment world" concluded the engineer.

The solution? Encourage girls to study and wait: “change can and must pass through to the new generations”.

By supporting the GIRLS @ POLIMI project you can contribute together with other donors to create scholarships to support girls enrolling in engineering degree courses with low female attendance. Donate now .