2020: 5 per mille for Vulnerability and Innovation

The winning projects from the 2020 edition of Polisocial began last spring, when the University’s energies were directed most notably towards supporting the social context during what was still a particularly difficult time in terms of the pandemic emergency. The Politecnico wanted to boost the efforts of research groups, dedicating €500,000 (5 per mille tax donations from 2018) to the issue of “Vulnerability and Innovation”, focussing on contexts of health-related vulnerability and the social consequences they suffer from.

Saving water and taking production techniques where there are none.

The Hands project, financed by 5 per mille donations, transfers the university’s expertise to Mozambique.

The recent pandemic has highlighted the vulnerability of the population that lives in the Chamanculo district in Maputo, although this vulnerability already existed due to the lack of healthcare services, the inadequacy of the urban infrastructure such as roads and public spaces, overcrowding and inadequate waste management.

The HANDS project saw researchers of the Politecnico open a “Social Laboratory” dedicated to the production of Polichina, a liquid sanitiser “Made in Politecnico”. In addition to its immediate practical use, this initiative also has the aim of transferring knowledge and expertise to local stakeholders, with a view to improving waste management and ensuring the adequacy of the energy production model on both an urban and a national scale.

"We envision an automated system not much larger than a coffee machine,” explained alumnus and researcher Mattia Sponchioni, “to which we connect four different tanks containing the materials for producing Polichina: water, ethanol, hydrogen peroxide and glycerol. You set a specific amount and the system produces it.” The prototype will be tested at certain nerve centres in Chamanculo such as schools, squares and markets: supply stations that need to be integrated with an intelligent system for the management of the waste produced as a result of the pandemic, such as facemasks and liquid sanitiser dispensers.

The “Social Laboratory” will also experiment with methods of electricity production for powering the Polichina distributors and procuring the raw materials locally from renewable sources in situ. In this situation in particular, the use of Polichina also has a positive impact in terms of saving water“We can reduce consumption from a question of litres to a matter of millilitres,” Sponchioni remarked, “hand washing consumes litres of potable water: you only need to spray a few millilitres of Polichina saving more than 95% of water which is scarce, especially in the most deprived places and where there is the risk of other diseases such as tuberculosis.”

Can you connect several patients to the same respirator?

With common ventilators, it’s a gamble. The Poli has designed MakingMEV, a multiple ventilator for 10 patients at a time.

The MEV (Multiple Emergency Ventilator) system s a reimagining of the emergency support system for respiratory ventilation: a ventilator capable of supporting the respiration of up to 10 patients at the same time which is intrinsically safe and personalised to each patient..

Its core is in a mixture of pressurised oxygen at peak inspiratory airway pressure (Ppeak) to prevent damage from mechanical ventilation. Ventilation is provided to a maximum of 10 patients, each assisted in a personalised way in terms of the controlled volume and the durations of the inspirations and expirations. The mechanical system comprises of a water-sealed bell jar which fixes the Ppeak on the basis of Archimedes’ principle. The stainless-steel bell, which has a diameter of 50cm and a height of 60/70cm, is inserted inside a cylinder which, due to the water cavity, maintains the oxygen at the desired pressure. The gas is distributed to the intubated patients through simple 2” stainless-steel tubes which are easily assembled, self-supporting and modular in order to be suitable for various environments such as triage, field hospitals and ordinary hospitals. The entire distribution system is compatible with high concentrations of oxygen.

he only “special piece” in the MEV design is the bell jarThe main line is made from industrial elements, while the inspiration attachments for each patient and the expiration line are adapted from common ventilators. All the mechanical parts can be stored in a warehouse indefinitely and sanitised for immediate use when needed unlike traditional ventilators which, if stored for too long, require maintenance that can last up to one month before they can be used, especially in large scale emergencies such as that which occurred during the Coronavirus pandemic. MEV could therefore avoid bottlenecks at maintenance businesses and provide emergency intubation for a large number of patients at the same time.

“The idea came about during the pandemic wave in Italy at the start of explained Beniamino Fiore, alumnus and researcher at the Politecnico di MilanoHowever, taking a broader view, we foresee a benefit for emergency situations in general and for less organised healthcare systems in developing countries,” and he added “MakingMEV was our response to the emergency, our way of saying: let’s do something real!.

New technologies from the Poli for the safety of respiratory support

The SAFER project, financed by your 5X1000 donations, is developing a portable respirator for low- and middle-income settings.

Even before the pandemic, a lack of oxygen and ventilators for respiratory support in low-and middle-income countries caused thousands of deaths per year from conditions such as infant pneumonia, neonatal respiratory distress, post-partum haemorrhage and traumatic injuries - which would be preventable with widespread and equal availability of respiratory support resources. The SAFER project, which began last spring aims to develop a personal respiratory device that is simple, robust, portable and low-cost (a simple user interface that includes a pulse oximeter) for the administration of respiratory support outside of intensive care units and, above all, in limited-resource settings. The research group designed the device by integrating the subsystems and optimising the efficiency of the air compression, making the device robust and capable of operating in conditions that are less than ideal.

New production technologies and innovative materials are being considered, such as 3D printed replacement parts for consumables to facilitate their supply during emergencies and in low- and middle-income countries, in addition to intelligent control systems that adapt the production of oxygen to the patient’s needs, synchronising the supply of oxygen with the patient’s respiration. Such a solution could in fact be used in domiciliary care , ncluding in settings closer to our own, for example in the case of patients with chronic or mild respiratory diseases, saving intensive care resources for seriously unwell patients and alleviating pressure on intensive care centres. In limited-resource settings, the adoption of the proposed technology and the competencies acquired through the capacity building programme will lower the death rate associated with acute respiratory diseases by reducing the number of preventable deaths, even in ordinary times.

A simple idea for combatting post-partum deaths of mothers

Balloon Against Maternal Bleeding, codename "BAMBI": financed by your "5 per mille" donations.

.Post-partum haemorrhage (PPH) is a global obstetrics emergency: it is the main cause of maternal death in the world. Of approximately 140,000 deaths caused annually by PPH, 99% occur in developing countries, with devastating social consequences for communities that are already vulnerable due to precarious economic conditions. In the most serious cases of PPH, losses of half a litre of blood per minute can be reached, leading to the death of the patient within a few minutes. In countries where births take place predominantly in domestic settings without the presence of a doctors, it is often difficult (if not impossible) to reach a hospital in time in the event of PPH. While the standard tool for managing PPH in developed countries is the Bakri® device, it is not suitable for large-scale use in developing countries due to its very high cost. The main objective of the BAMBI project is to create a new device capable of a correct and effective management of PPH at a cost of less than 5 USD per unit.

The device must be easy and intuitive to use without the support of medical staff or in field hospitals in the most extreme cases. After the creation of the first prototype, thanks to the financing received through 5X1000 donations, in 2021 the researchers concentrated on resolving certain technical problems linked to the availability of materials, the assembly methods of the various components and the impossibility of carrying out the procedure in a sterile environment. The process of patenting and field testing are currently underway.

Putting a plan for community healthcare into action. A research project financed by "5 per mille" donations

The Covid-19 emergency has highlighted the vulnerabilities of our national healthcare system, the facilities of which quickly became distressed due to the weak response of community services. The Coltivare_Salute.com project is specifically intended to strengthen the community network through the key role of Case della Salute della Comunità (Community Health Centres), also known as Centri Socio Sanitari Territoriali (Territorial Health and Social Care Centres) .It is a multidisciplinary project which brings together the medical expertise of the Piacenza Health Authority and the knowledge of other institutional and voluntary partners, including architecture, management engineering, design and communications knowledge.

“Even before the pandemic", explained the researcher Maddalena Buffoli, “we had carried out research and visited the best Health Centres, including across Europe, that represented a point of reference for community healthcare. These structures have the aim of being a reference point for the citizen for less serious conditions and injuries that don’t involve an emergency that needs to be handled in hospital: clinics, collection centres, preventative services, GP practices, basic diagnostics, minor injuries units, settings for chronic conditions".

Health is understood to be the psychological and physical wellbeing of a person and as such the Health Centres place the role of healthcare alongside the role of social care, aiming to care for the person as a whole with all of his or her problems: the role of community care. The aim of the research is to define the post-Covid planning, organisational, communications and location guidelines for Health Centres, particularly in the urban setting: not only centres providing healthcare services but opportunities for urban, social, architectural and environmental regeneration to “cultivate health” in the communities. In order to evaluate its community function, the research started a co-planning board with the Piacenza Health Authority, home to one of the University’s local campuses, which foresees the creation of a new facility which will become part of an operational and methodological experiment for a project applicable to all Community Health Centres nationally. 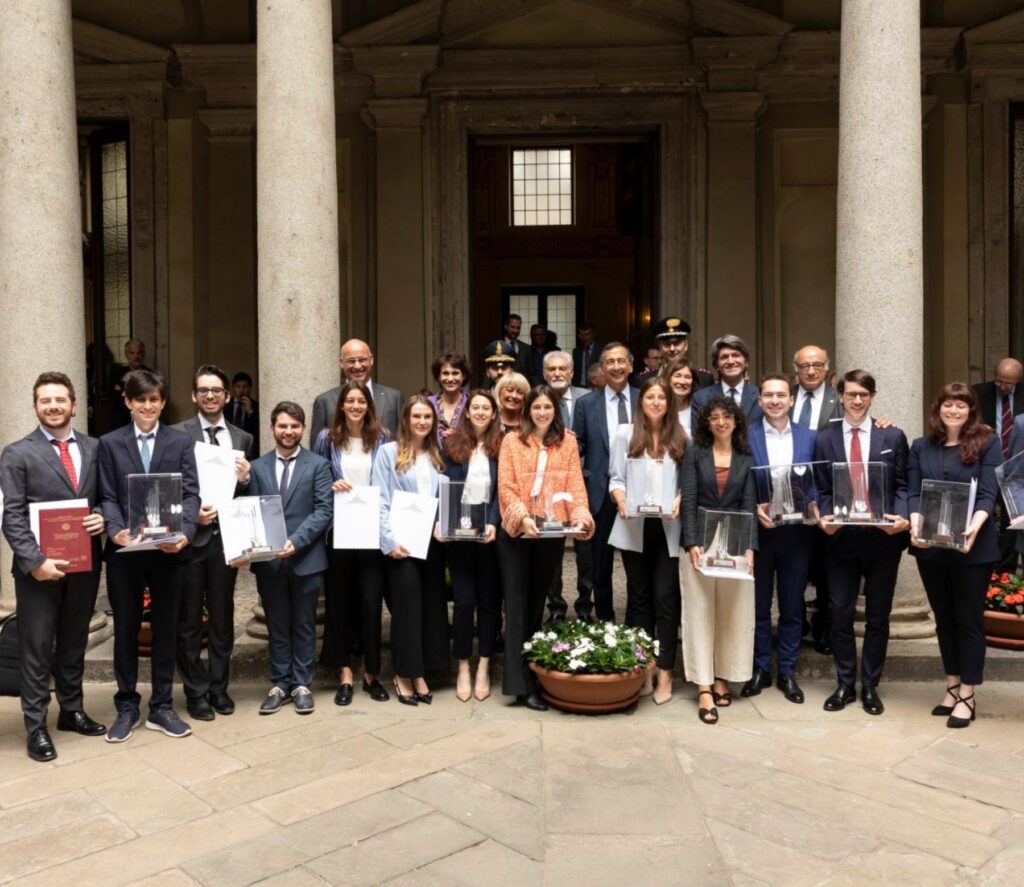 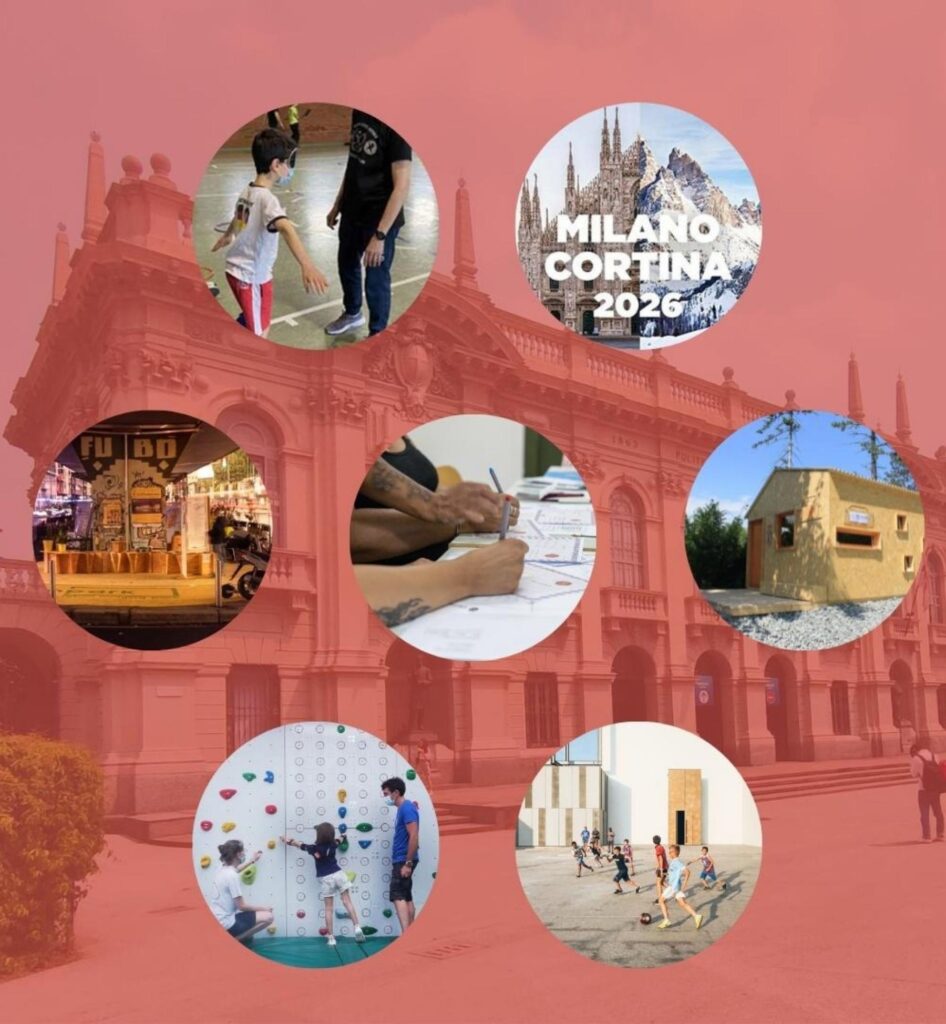 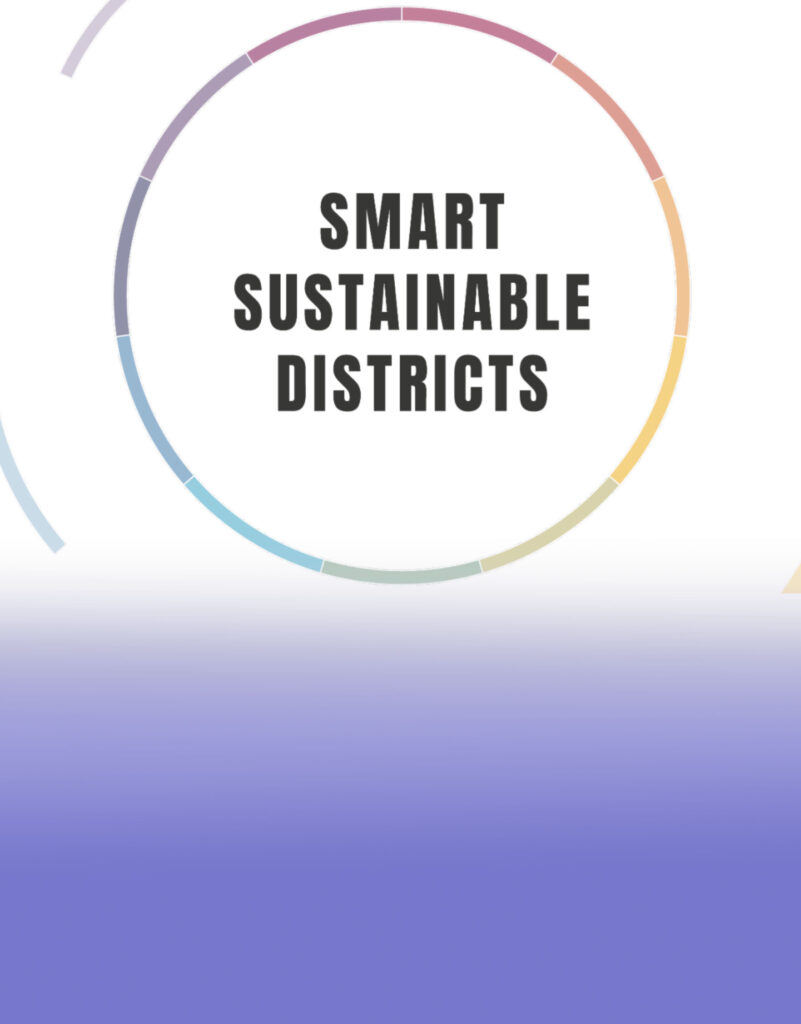 5 per mille: the Politecnico is No 1 in Italy for donations received
Almost €1 million donated by Alumni, at the top of the ranking of Italian research centres
11/04/2022
SPOTLIGHT