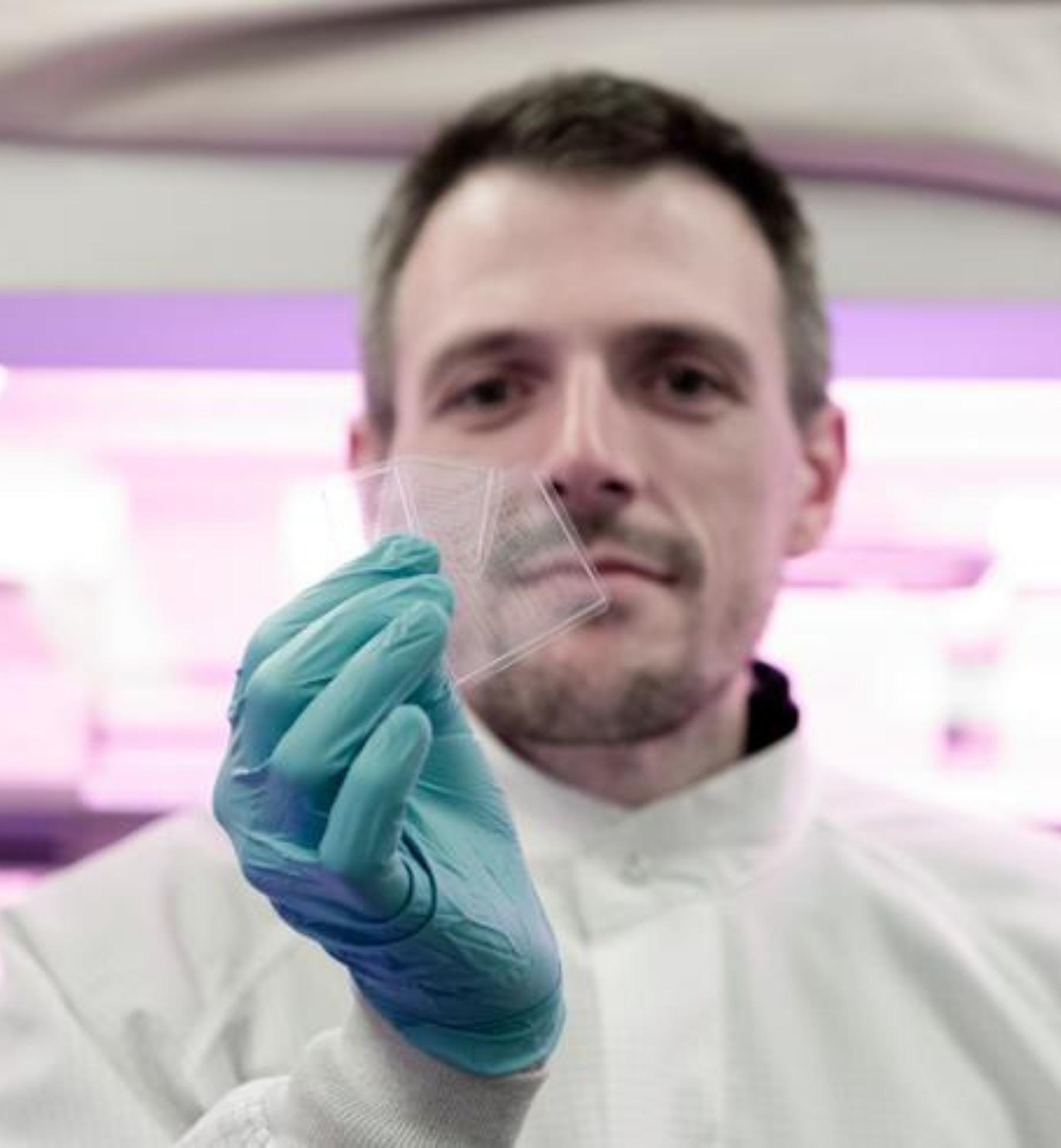 100 times thinner than cling film (to keep the kitchen metaphore). The record, published in the prestigious journal Nature Communications, bears the mark of Politecnico: it is the work of the Alumnus and researcher Mario Caironi and his research team (which includes several Politecnico Alumni) and comes from the laboratories of the Italian Institute of Technology.

These are transistors with a thickness of less than 150 nanometers : the previous record, 300 nanometers, was from the University of Tokyo. They are produced with innovative printing techniques, developed by the team, using materials and processes with low environmental impact. "The printable transistor even on a finger is an electronic skin - explains Caironi in an article from Il Corriere della Sera - which, for example, can be used to read heart rate and breathing or to work on recovering functions that have been lost, such as tactile functions. We are already working to make these results possible".

Caironi, Alumnus in Electronic Engineering at Politecnico di Milano, where he also obtained a PhD in Information Engineering, is the coordinator of the Printed and Molecular Electronics laboratory of the IIT Center for Nano Science and Technology , in Milan. Recently he had already made headlines for his results in the field of edible electronics: the project " Electronic Food" (ELFO) , funded by the European Commission, follows in the wake of research on implantable and ingestible electronic medical devices (" edible devices "), which can be taken orally and facilitate the diagnosis and treatment of diseases .

The new technology developed by the research group goes further, developing electronic systems that are not only ingestible, but also digestible : they can perform a function and then decompose within the organism (as well as in the environment) , without harming our health.

He has always talked about it Caironi on the stage of Wired in 2019 , almost at the beginning of this research project, about the changes in the food industry: in the future, he explains,

We hope they are also tasty.

DID YOU KNOW THAT...

The degree course in Food Engineering started in 2019 at Politecnico and the first Alumni graduated in 2021. Read more about Il Sole 24 Ore