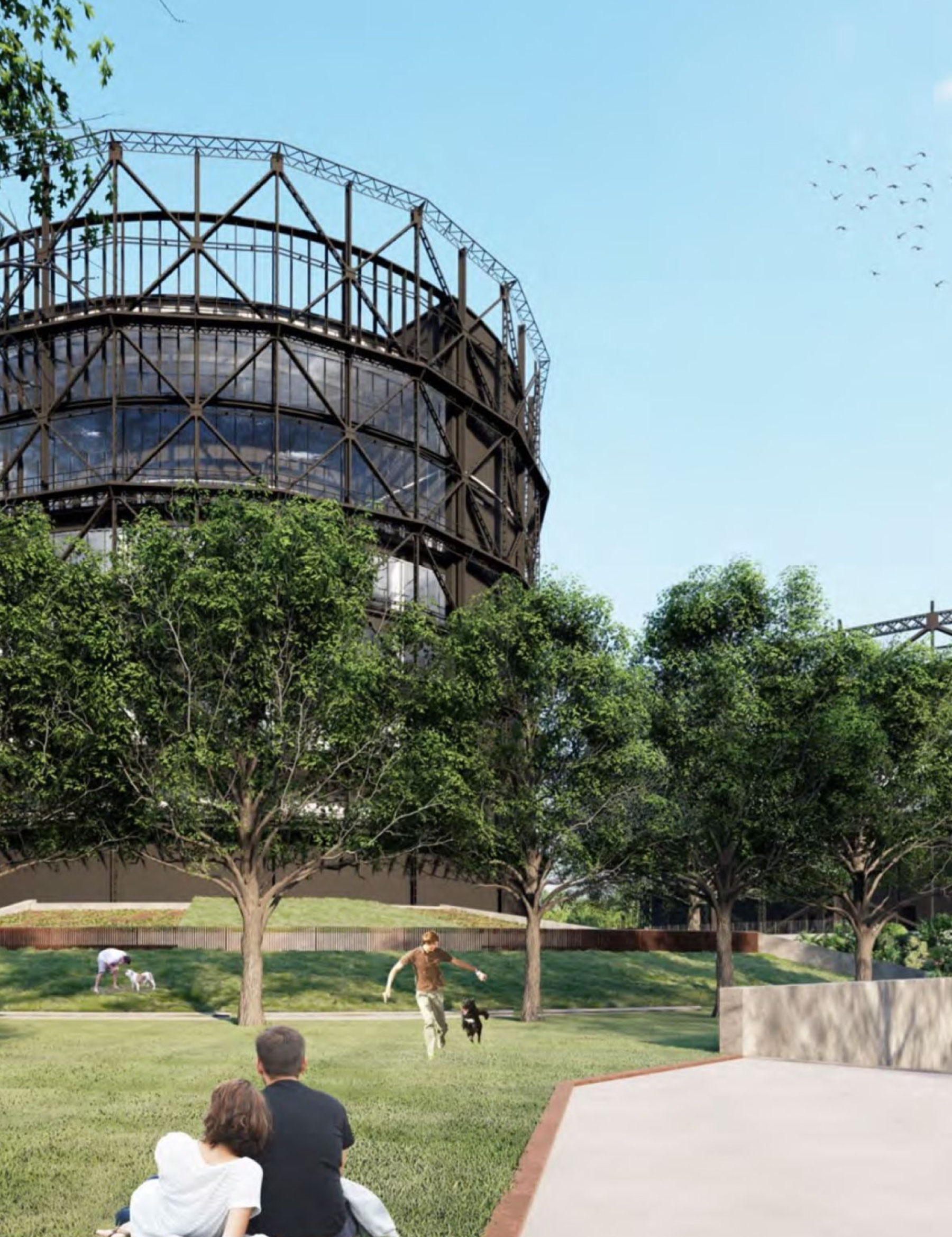 Tens of thousands of square metres of poorly exploited land will become green spaces surrounding the gasometers, symbolic local landmarks. The gasometers will be converted into an innovation hub, a home for laboratories (such as the St Microelectronics clean rooms), startups (it is no coincidence that the hub will be the new home of Polihub, the Politecnico accelerator) and "a space dedicated to wellbeing and sport that will also be open to the public”, as as the Rector, Ferrucio Resta, declared last year in an interview published by La Repubblica..

The urban redevelopment project for the for the future of the Bovisa-Goccia area is now ready to start: amongst other operations, it foresees investments of €100 million investment— €25 million from the Region and €75 million from the university—which will extend the Politecnico's presence in the Bovisa district where, as the rector explained, 20,000 students and five of the university’s 12 departments are based: “Universities now understand that, in addition to superior quality courses and research programmes, they also need to offer spaces and services,” he remarked at the press conference he attended on 12 April alongside the President of the Lombardy Region, Attilio Fontana, the Regional Councillor for the Development of the Metropolitan City, Stefano Bolognini, , and the City Councillor for Urban Regeneration, Gianfranco Tancredi.

The redevelopment of the district includes a new university area of 215,000 square metres of green space. The southern gasometer in particular—20,000 square metres on 7 levels—has been redesigned as the operational heart of a virtuous circle: “On the first three floors, there will be laboratories for microelectronics and artificial intelligence sensors”, the rector continued. “The next three floors will instead be home to Polihub, our startup incubator: today we have 120 startups but we aim to double that number. The top floor will host businesses in order to create an ecosystem of innovation for those who want to develop in partnership with the Politecnico di Milano.”

There are two guidelines: " Technology as a tool and sustainability as the goal,” confirming the university’s commitment to playing its part in the transformation of the city and understanding the needs of new generations: “in this context, the wellbeing and quality of the spaces is fundamental,” as is the proximity to an important research and innovation hub such as the Politecnico di Milano: “The two gasometers will be extraordinary vessels for some of the driving functions for the world of innovation, entrepreneurship, training, wellbeing and culture with the aim of promoting the growth of a district of knowledge and innovation that starts with the university and extends to the community. A concrete response towards sustainable and inclusive development", concluded Ferruccio Resta.

Last Thursday, February 11th, the urban redevelopment project for the future of the Bovisa-Goccia area was presented during a press conference on the Framework Agreement between the Municipality of Milan and Politecnico di Milano. The guidelines of the project were illustrated by the Mayor of Milan Giuseppe Sala, the Councilor for Urban Planning Pierfrancesco Maran and the Rector of Politecnico di Milano Ferruccio Resta

The project includes, among other interventions, a 100 million euro investment by the University, which will expand its presence in the Bovisa district where, as the rector explains, 20,000 students and 5 of the 12 departments of the University are based. The redevelopment of the district includes a new university area surrounded by 215,000 square meters of greenery: the Parco della Goccia and the Parco dei Gasometri. The overall development of the area includes four related projects: the Garden of Arts and Sciences; the new building of the Department of Energy; Smart City Innovation inside the first of the two former gasometers and the Fabbrica dello Sport in the second of the former gasometers.

The works for the Gasometers Park will begin as soon as the last administrative steps are completed, "by the end of 2021", explains Resta, they should be finished. Also by the end of the year, construction sites will start to reconvert the two gasometers, which will last two years. "In the northern gasometer", continues Resta, "we have four levels, covering an area of ​​ten thousand square meters. In the basement, there will be a 25x16 swimming pool and some play pools, the second level will be multisport with pitches and stands; paddle in the third with fitness area. The terrace will be green, with an outdoor field, where you can play basketball on top of the roof."

As for the southern gasometer, it is 20,000 square meters spread over eight levels: “in the first, there are going to be microelectronics and sensors laboratories for artificial intelligence”, continues the rector. “The next three floors will instead be dedicated to Polihub, our start-up incubator: today we have 120 start-ups, but we aim to double them. The last level will host companies to create an ecosystem of innovation with those who want to develop together with the Politecnico. The university follows two guidelines: "Technology as a tool and sustainability as a goal" continues Resta, confirming the University's commitment to participate in the transformation of the city and intercept the needs of the new generations. "In this context, the well-being and quality of the spaces is fundamental", as is the proximity to an important research and innovation center such as the Politecnico di Milano. "The two gasometers they will be extraordinary containers of some of the driving functions for the world of innovation, entrepreneurship, training, well-being and culture with the aim of promoting the growth of a knowledge and innovation district that starts from the university and which extends to the community. A concrete response for sustainable and inclusive development”, concludes Resta.