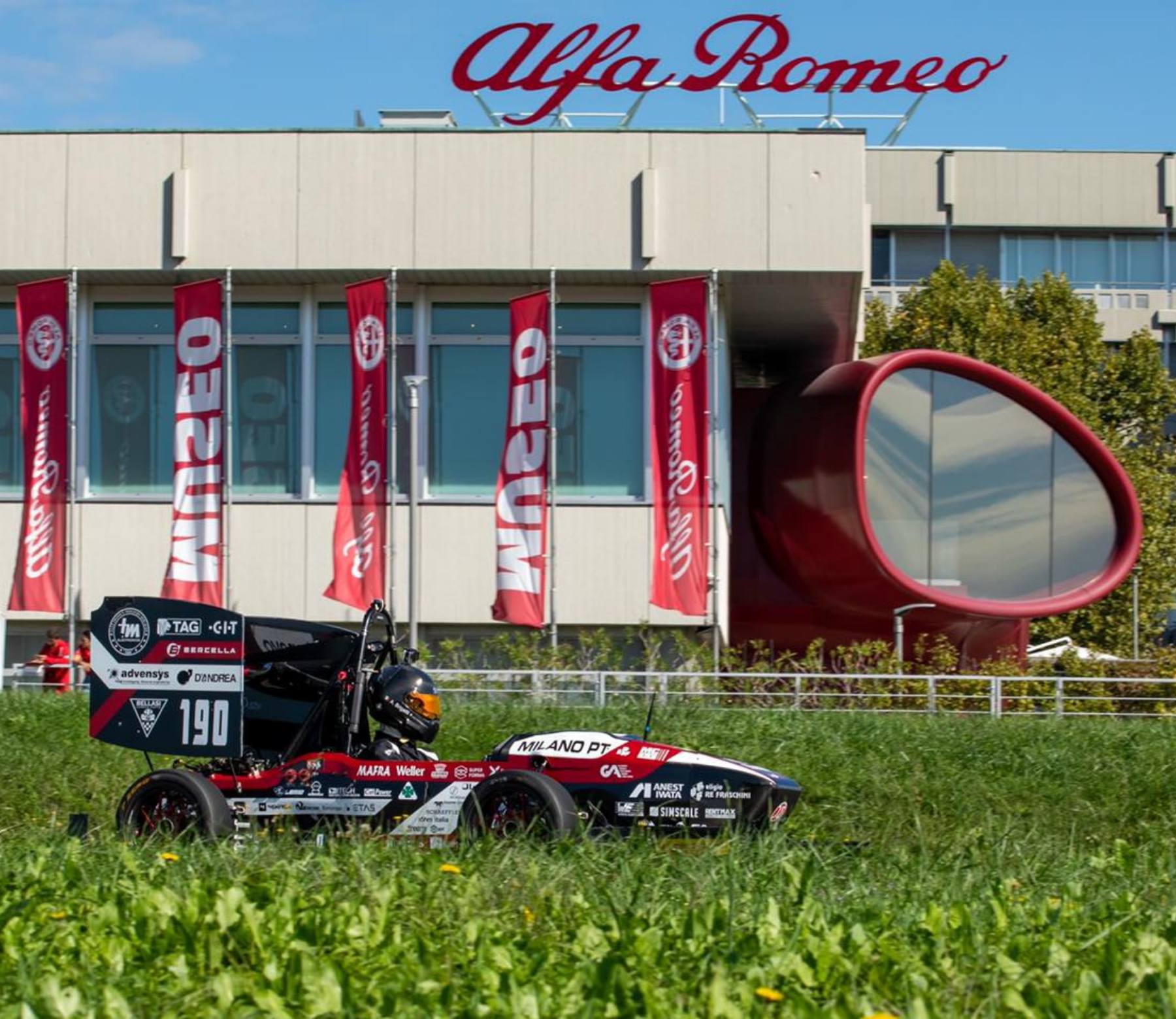 From the 22 October 2021, the Alfa Romeo Museum dedicates an exhibition to the Dynamis PRC team, the "racing department" of Politecnico di Milano (find here all the information) .

The exhibition explores this sporting reality which, in less than twenty years, has developed and grown to reach very important results at an international level.

The team, initially made up of 12 students has reached 100 members today , was created in 2004 and in 17 years of activity has played 31 races in 7 different countries.

Every year Dynamis PRC designs and manufactures a formula-style racing prototype, including open wheels, carbon fiber monocoque and a huge aerodynamic study, with the aim of participating in the Formula Student championship, held on various national and international circuits.

During each race the teams compete for a week, during which various static (economic and design choices) and dynamic (where the performance of the prototype is tested) events take place.

In the early years there were many challenges that the Dynamis PRC teams had to face, but with perseverance and commitment they managed to improve more and more. Until the 2019 season, the team participated in the competition with combustion prototypes, while from 2020 it brought the first fully electric prototype to the race, experiencing an exciting and satisfying season.

Dynamis PRC is financed by the sponsors and by the resources of Politecnico. If you wish to contribute click here