Green deal: a project of Politecnico combines solar power technology and desalination of water, tackling three problems in one

Project DESOLINATION , Code name of "Demonstration of concentrated SOLar power coupled wIth advaNced desAlinaTion system in the gulf regION", was funded by the European Commission under the Horizon 2020 program.

With a total investment of over 12 million euros, over a period of 48 months and with the coperation of 19 academic and business partners around the world , of which the Politecnico is the lead partner, the research group will experiment with innovative solutions for concentrated solar energy and for water desalination . The researchers will work on integrating these two technologies with potential applications of unprecedented levels of efficiency.

The Gulf Cooperation Council (GCC) region has been identified as the experimentation area for the project: a pilot plant will be put into operation in Saudi Arabia which for the first time will combine the two technologies and which will offer electricity at the same time. and desalinated water at affordable prices, while ensuring a substantial reduction in the level of CO2 emissions compared to the currently most popular desalination systems. Find out more about the European project DESOLINATION at this link .

The coordinator of the project is Alumnus and teacher of the Department of Energy of the Politecnico di Milano Giampaolo Manzolini, who recently participated in another European project: FReSMe (From residual steel gasses to methanol).

The research group of the Politecnico di Milano, led by Manzolin, in this case had the role of optimize from an energy, environmental and economic point of view, the design of a plant for the production of methanol from carbon dioxide and hydrogen (residues from steel production) .

According to the researchers' estimates, the system developed during the 4 years of work could help reduce carbon dioxide emissions in Italian steel mills by at least 61% compared to the current situation.

The 2021 Giorgio Modena medal awarded to professor Metrangolo
The entire scientific world associates the discovery of the halogen bond to the Politecnico di Milano. If you don't know what it is, it's because it takes us to the frontiers of science
29/09/2021 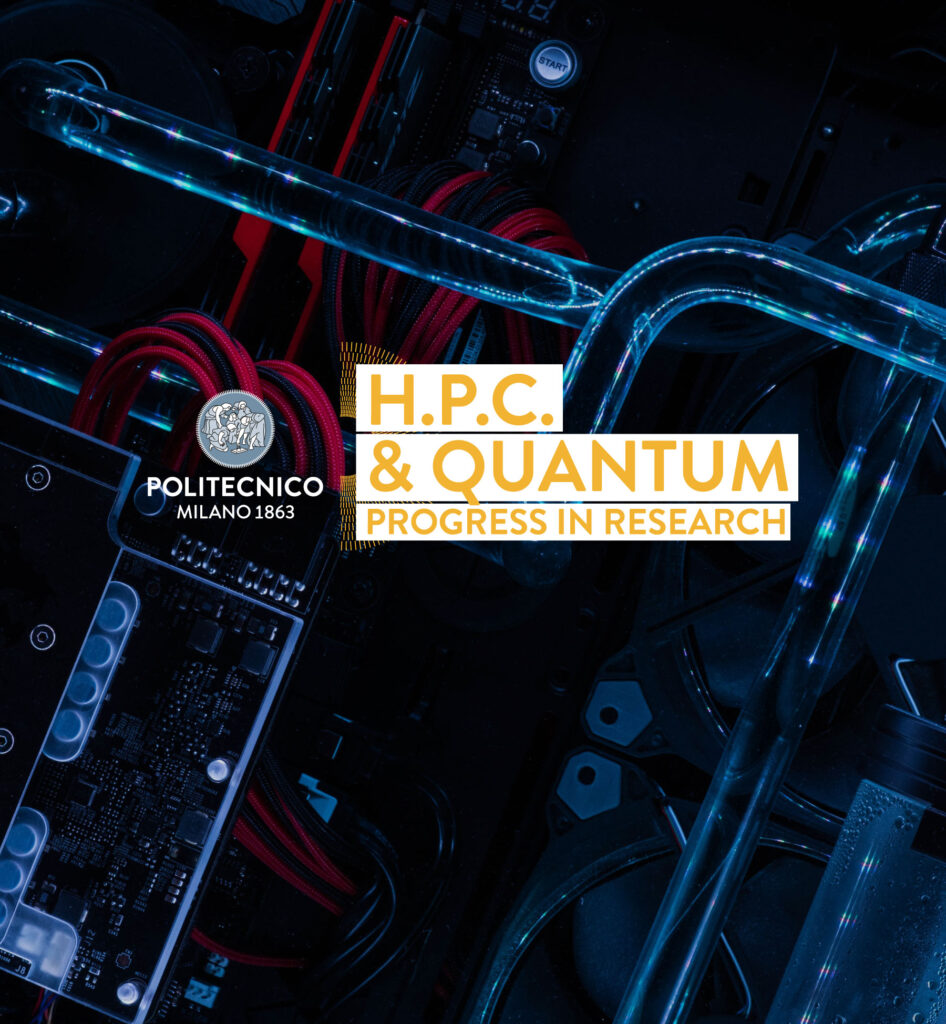 The new compact infrared detector to reveal counterfeiters
A study published in ACS Photonics presents the new tool which, integrated on a silicon chip, have an application in many fields.
01/09/2021 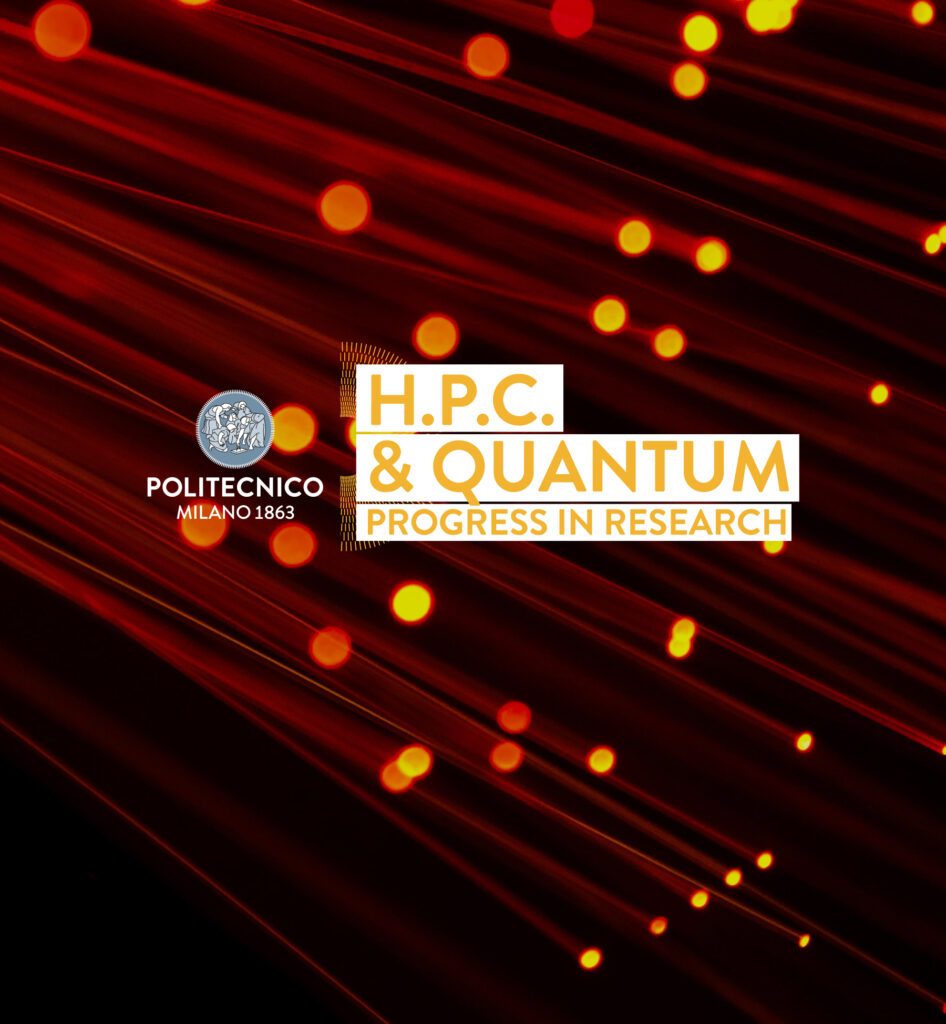 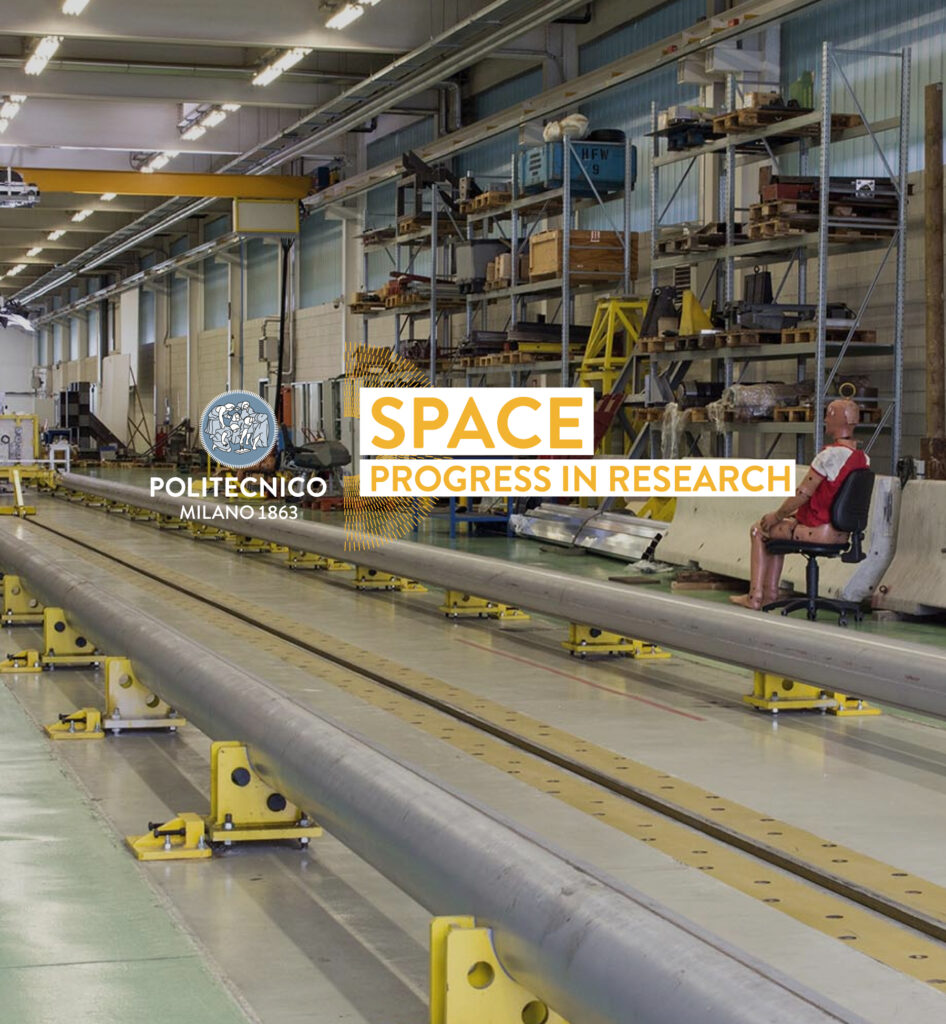 Crash test laboratory at Politecnico di Milano, from motorcycles to airplanes
A video published by Focus magazine "peeks" into the Transport Safety Laboratory, a unique reality in the world for research on the safety of vehicles and aircraft
02/08/2021 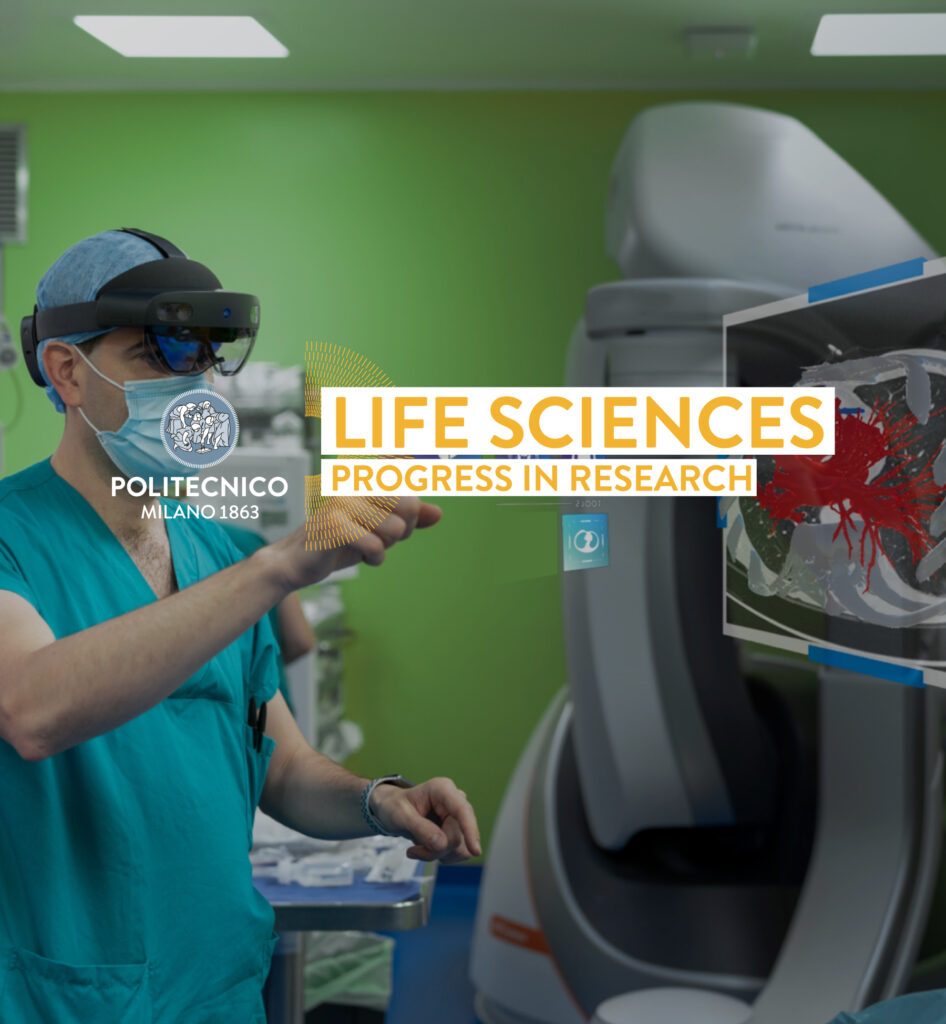 ARTHERY: robots and augmented reality are the future of cardiovascular interventions
Politecnico is the leader of the project funded by the European Commission that promises to revolutionize cardiovascular medicine
26/07/2021 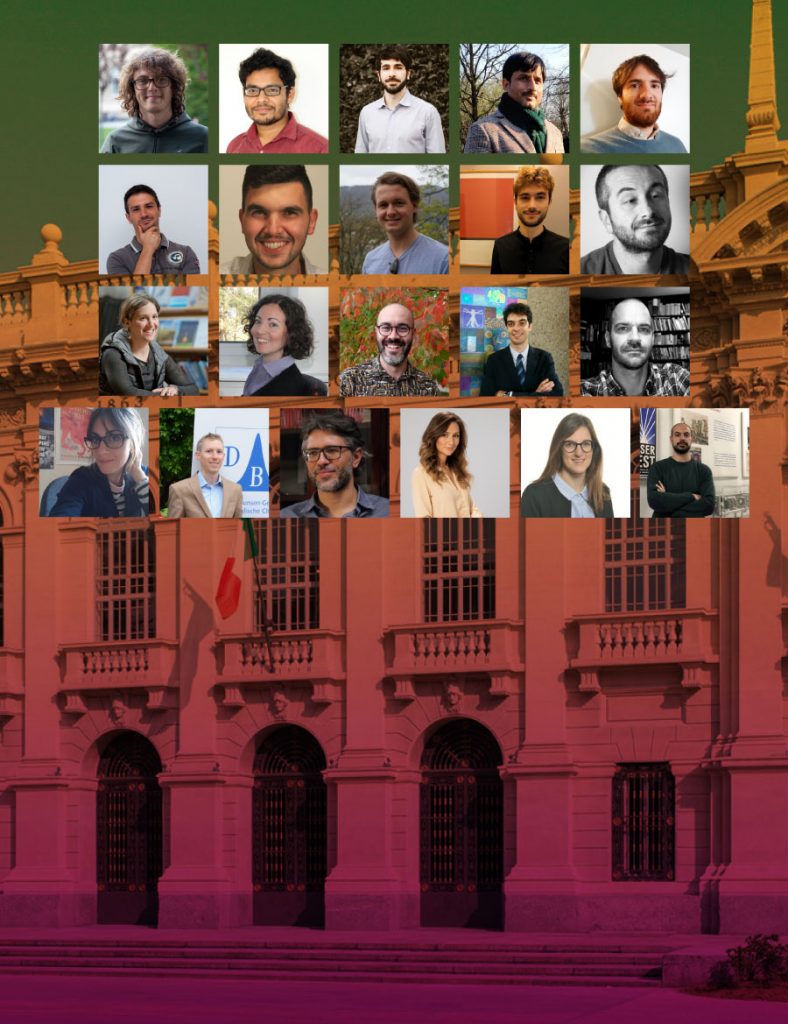 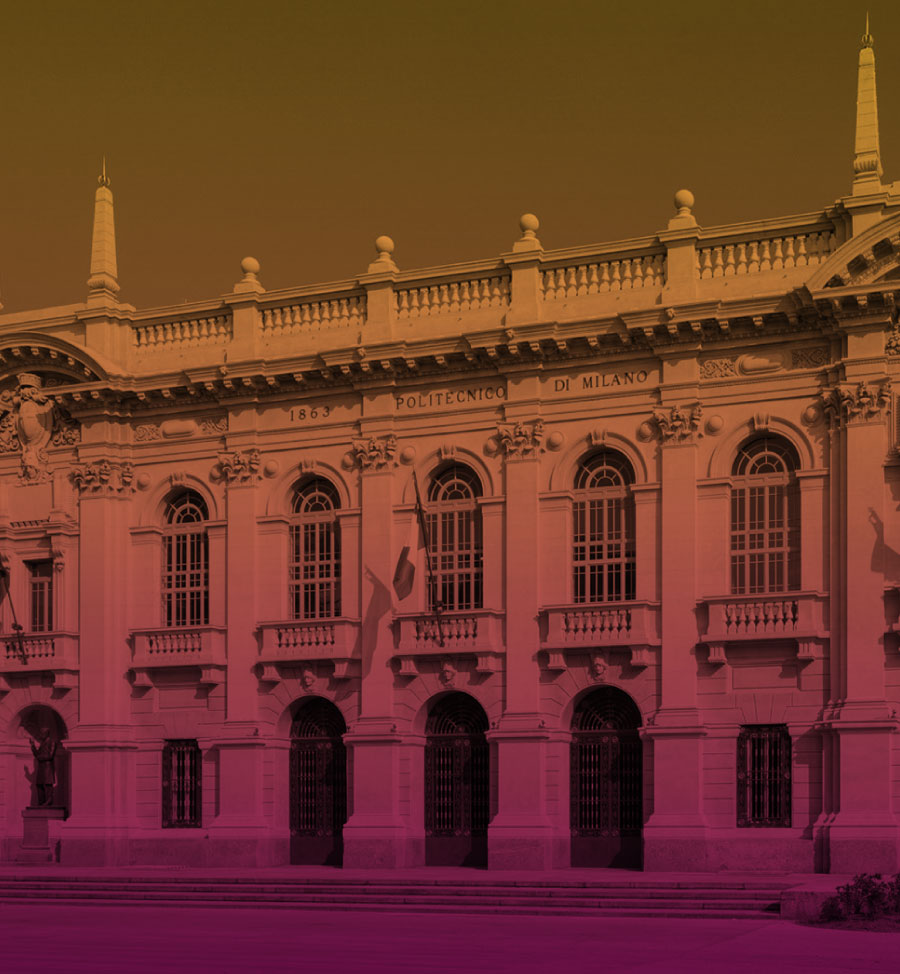 MSCA Master Class: Young researchers at Politecnico - 1st episode
"Marie Curie" research grants allow young scientists from all over the world to come to Milan with their projects: how do the grants work? And what are the scientists studying?
04/05/2021
SPOTLIGHT

Alumna Grazia Vittadini is the new CTO of Rolls-Royce
Vittadini will join the British group in November and will help "in our journey towards net zero emissions", says CEO Warren East
20/10/2021
Alumni Community

Expo Dubai 2020: learn more about the initiatives of Politecnico
Among all the events and the initiatives scheduled in occasion of the international exposition
15/10/2021
University and companies

Women’s Forum G20 - hosted at Politecnico di Milano
Proposal and solutions to make women the main characters of the new global challenges. For all Alumni and Alumnae the online partecipation is for free
13/10/2021
From the Rector's Office

Let's get back P92 in the sky: the flying classroom of Politecnico di Milano
Politecnico's students will study while flying around! Help us get the P92DAER back in the sky: an airplane a classroom and lab, in a one-of-a-kind vehicle!
22/09/2021
Studies

Safer, beautiful and sustainable roads: the JAMES DYSON AWARD given to three students of Politecnico
The three studenst developed Roadfix, a tool that sutainably repairs the flaws of the road surface with the support of companies
21/10/2021
World

GIFT, the Polisocial project to realize "Sport for all"
Financed through "5 per mille" donations, the project's helped 19 hemiplegic children to play sports at school
08/10/2021
Social responsIbility
This website uses cookies. This helps us analyse data and ensuring that we give you the best experience on our website. More information is available on our Privacy policyOk